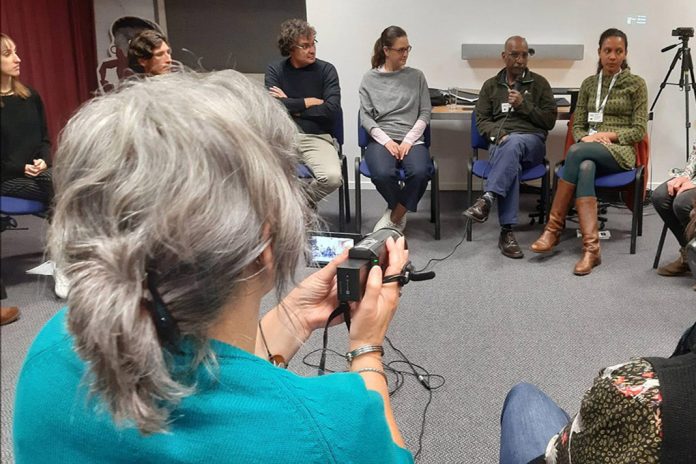 On 7 and 8 October EFIMED organised two workshops in the province of Teruel (Aragon, Spain) to close the Innovative Action that EFI leads in the area in the framework of the H2020 project Social Innovation in Marginalised Rural Areas (SIMRA).

The project’s impact assessment in the Spanish region focuses on a land bank initiative that aims to reverse land abandonment and contrast the risk of forest fires. The first workshop was aimed at farmers, while the second was aimed at local policy-makers. The objective of both discussions was to reflect on the progress made in the two years of work in the area, as well as to list the barriers encountered and identify what needs to be done in the future to keep the action alive, once the project ends. The workshops were echoed in the local media (AragonTV report from 20:55, in Spanish).

In addition, on 14-17 October SIMRA organised an intensive workshop in Aberdeen, UK, to discuss project achievements and lessons learned with the advice of experts involved in the project (Social Innovation Think Thank). Among other discussions, EFI, leading the Innovation Action task, held a two-day session to reflect on the main lessons learned identified in the seven social innovation actions implemented at SIMRA across Europe and the Mediterranean basin. During these two days, Innovation Action partners and local actors also had the opportunity to prepare a participatory video summarising their experiences on site and their main recommendations.

Now available in French: IUFRO-GFEP Policy Brief on Forests and Poverty in Africa

IUFRO Spotlight: Using a social lens on the forest bioeconomy